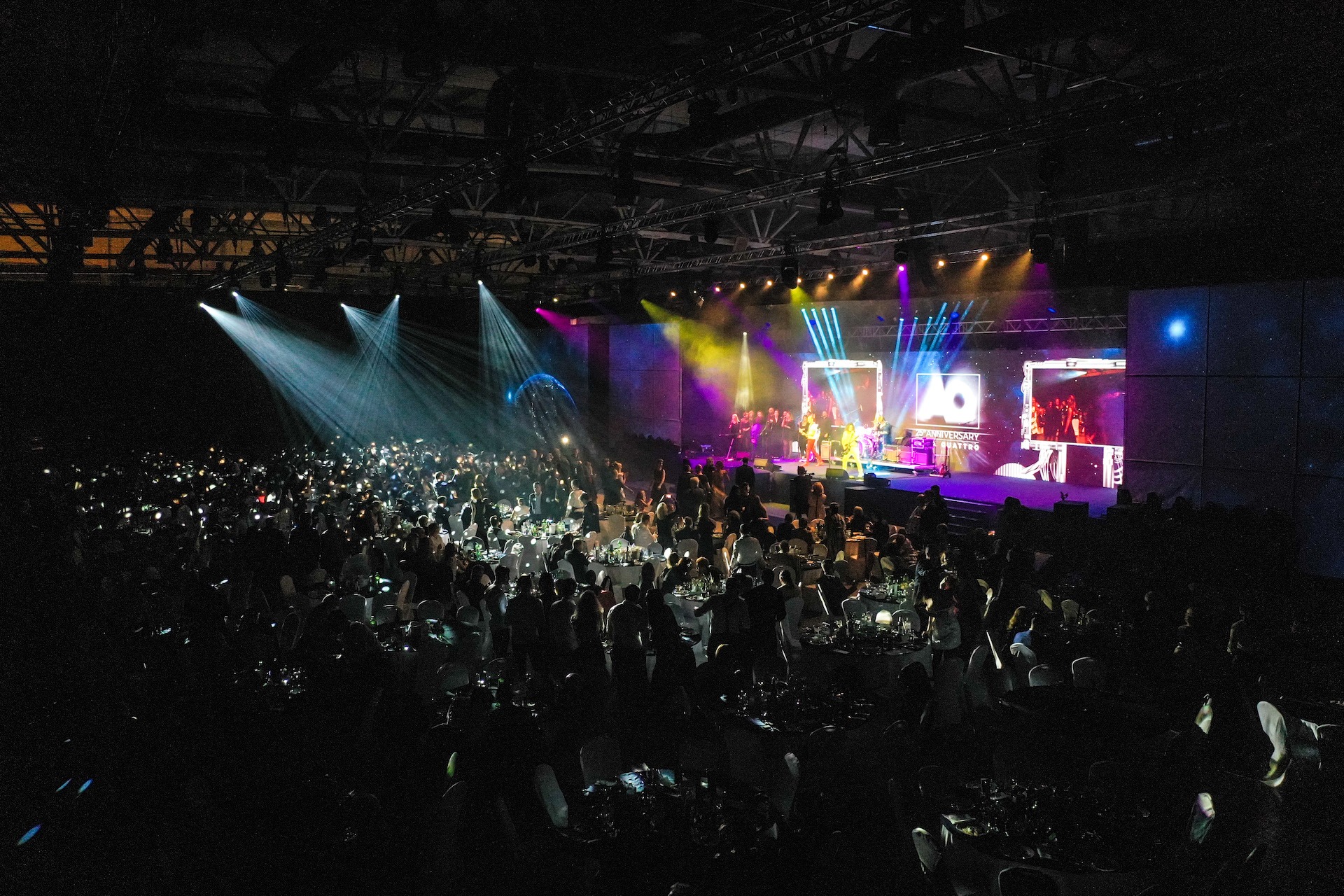 AQ’s 25th-anniversary event was one of the most challenging ones we’ve produced by far. AQ is a member of the JCDecaux Group, the world’s largest outdoor advertising company, and is also a regional leader in this branch.

The client has put our focus on entertainment elements, so we’ve let our imagination run wild resulting in writing, directing and producing a personalized theater-like show in the SF comedy genre. We’ve teleported our audience to the 100th AQ’s anniversary aiming to see what the future of advertising holds.

What marked this event was also the biggest screen Belgrade Expocenter has ever seen, a 50m wide monster made of large-scale projectors and central LED screen, giving the audience an impressive 9.888 pixels in width.